“This is not about President Trump. This is about those who voted for Trump, and the powers-that-be in Washington who are terrified that Americans might vote the same way again.” 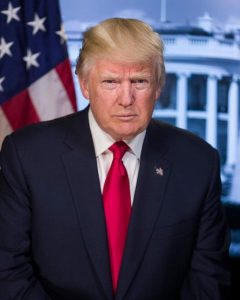 “President Trump’s allegations have yet to be confirmed, but sadly it’s par for the course for the modern-day FBI, but I believe Americans have already arrived at the realization that this is not about President Trump.”

“This is about President Trump’s victory in 2016, this is about the voters that made that happen, and the Washington elite’s fear that it might happen again. This is about the DC ruling class getting revenge, all because an outsider like him dared to speak to the heart of our nation, dared to show them a different path forward, and dared to stick up for the American worker.

“President Trump’s biggest sin against the DC establishment was that Americans responded to an outsider’s pro-USA message with love, appreciation, and most of all — their votes.”

“It should not be lost on anyone that what happened today occurred immediately after Democrats in Congress carried out the Biden Administration’s will by passing the most partisan and far-left budget legislation in American history.

“Since President Trump’s election in 2016, it’s been no secret that the power of the federal government is the weapon of the DC establishment.

“It’s now up to Americans this fall to decide whether that’s acceptable.”