WOBURN — Massachusetts Republican Party Chairman Jim Lyons on Friday released another round of signature totals highlighting volunteer work and stressed that with less than three weeks until the deadline, acting on the “urgency of the moment” is what will ultimately drive success.

Lyons said the effort is to let voters decide whether illegal immigrants should be entitled to driver’s licenses.

The grassroots effort requires more than 40,000 certified signatures from registered voters by Aug. 24 in order to appear on ballots in November. The new round of totals indicate volunteers have “shown no signs of stopping or letting up” since the drive began in July, Lyons said.

With less than three weeks remaining, Lyons is encouraging everyone who may not have the free time needed to participate in shopping center collection drives to contact the party and request signature sheets which can then be mailed to home addresses. Interested parties, he said, can email John Milligan at JM@MassGOP.com to request forms.

“Again, I’ll repeat it — it doesn’t matter if only you or your family members are able to sign, you will absolutely make a difference if you join our cause,” Lyons said. “Once you get those sheets please contact the JM@MassGOP.com email address.”

A breakdown of new candidate and volunteer signature counts is included below: 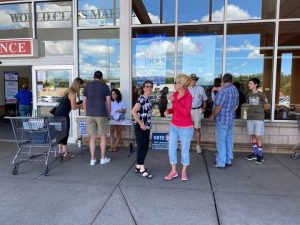 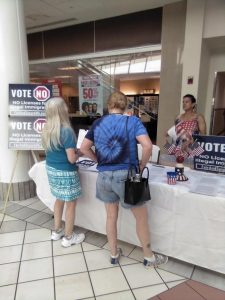 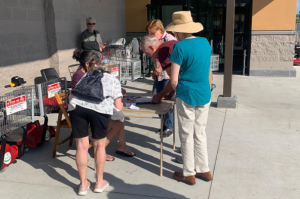