FOR IMMEDIATE RELEASE CONTACT:Evan Lips, communications director617-523-5005 ext. 245 WOBURN — A mailer from the campaign to reelect Democratic state Rep. Josh Cutler professes the Duxbury lawmaker supports law enforcement, a claim completely at odds with Cutler’s voting record and a boast that Massachusetts Republican Party Chairman Jim Lyons pointed out is “flat-out lie.”  In July, Cutler voted ‘yes’ to a knee-jerk “police reform bill” that seeks to bury officers beneath layers-upon-layers of political bureaucracy, threatening them with decertification decided by a panel of political appointees each lacking a single shred of law enforcement experience. “The fact of the matter is that Rep. Cutler voted yes on a piece of legislation that attacks our police,” said Massachusetts Republican Party Chairman Jim Lyons. “When will the Democrats admit that their goal is to radically change America?”  Cutler, meanwhile, has endorsed and campaigned for incumbent Democratic U.S. Sen. Ed Markey, who earlier this week called to “disarm police” and claimed non-lethal forms of riot control equipment deployed in mob-ravaged cities such as Portland and Minneapolis constitute “weapons of war.” 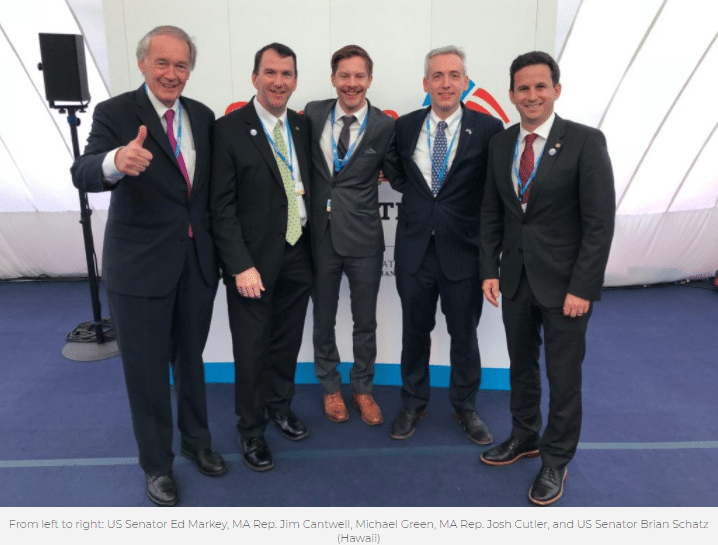 Cutler’s opponent is Republican Tatyana Semyrog, who has made it clear she stands with law enforcement and has adopted the slogan, “defend, not defund, police.”

“There is a war, but it’s being waged nightly across the country in Democrat-run cities against our police officers, and the Democrats’ answer to the rioting is to disarm police and demean them,” said Lyons. “Through their silence and their voting, Democrats like Rep. Cutler have encouraged these attacks on law enforcement, in addition to the burning and looting of American cities. “When their party’s standard-bearer, Attorney General Maura Healey, reflects on America burning, shrugs, and says ‘but that’s how forests grow,’ and not a single Democrat speaks out, then they are all complicit in this madness.”