WOBURN — A Hanover High School math and business teacher who also serves on the Bourne School Committee is now out of a job as a result of her political views, a development Massachusetts Republican Party Chairman Jim Lyons said should alarm every public school parent in the commonwealth.

“She refused to bow to the woke mob, and that’s what cost Kari MacRae her job,” Lyons said Wednesday. “What they’ve done to her is disgraceful.” 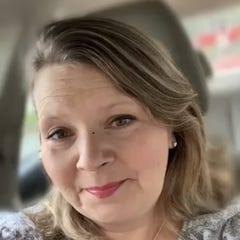 MacRae made headlines last month after a video she produced last spring as part of her successful effort to win a seat on the Bourne School Committee made the rounds on social media. In the video, MacRae declared as part of her campaign platform her refusal to submit to a leftist agenda.

After the video resurfaced, MacRae refused to buckle to demands from leftist activists and the Bourne Educators Association to resign from the Bourne School Committee. She issued an apology to anyone who may have been offended, only to find out last week she was being fired from her teaching post at Hanover High School.

“Kari (MacRae) is a conservative mother who was driven to do something about the left-wing indoctrination happening inside our public schools,”
Lyons said. “She is now out of a job simply because her personal and political views don’t align with the Radical Left’s.

“Parents should take note. This is a blatant First Amendment violation, and this is the kind of punishment that should concern anyone, regardless of party affiliation.”