WOBURN — With the worst-kept secret in Massachusetts political circles now finally public, Massachusetts Republican Party Chairman said the announced gubernatorial campaign of current Massachusetts Attorney General Maura Healey should alarm anyone concerned by the burning and destruction of American cities during the summer of 2020.

“AG Healey, sworn to uphold the law, went on record enthusiastically cheering on the destruction of downtown Boston neighborhoods during the Radical Left’s 2020 summer riot campaign,” Lyons said, referencing a viral clip where Healey compared the burning of American cities to forest fires that add new growth. “She was so proud of her unhinged comparison that she had her staff create a graphic to promote it as a slogan.

“That should tell voters everything they need to know about how Maura Healey would run the Commonwealth of Massachusetts.” 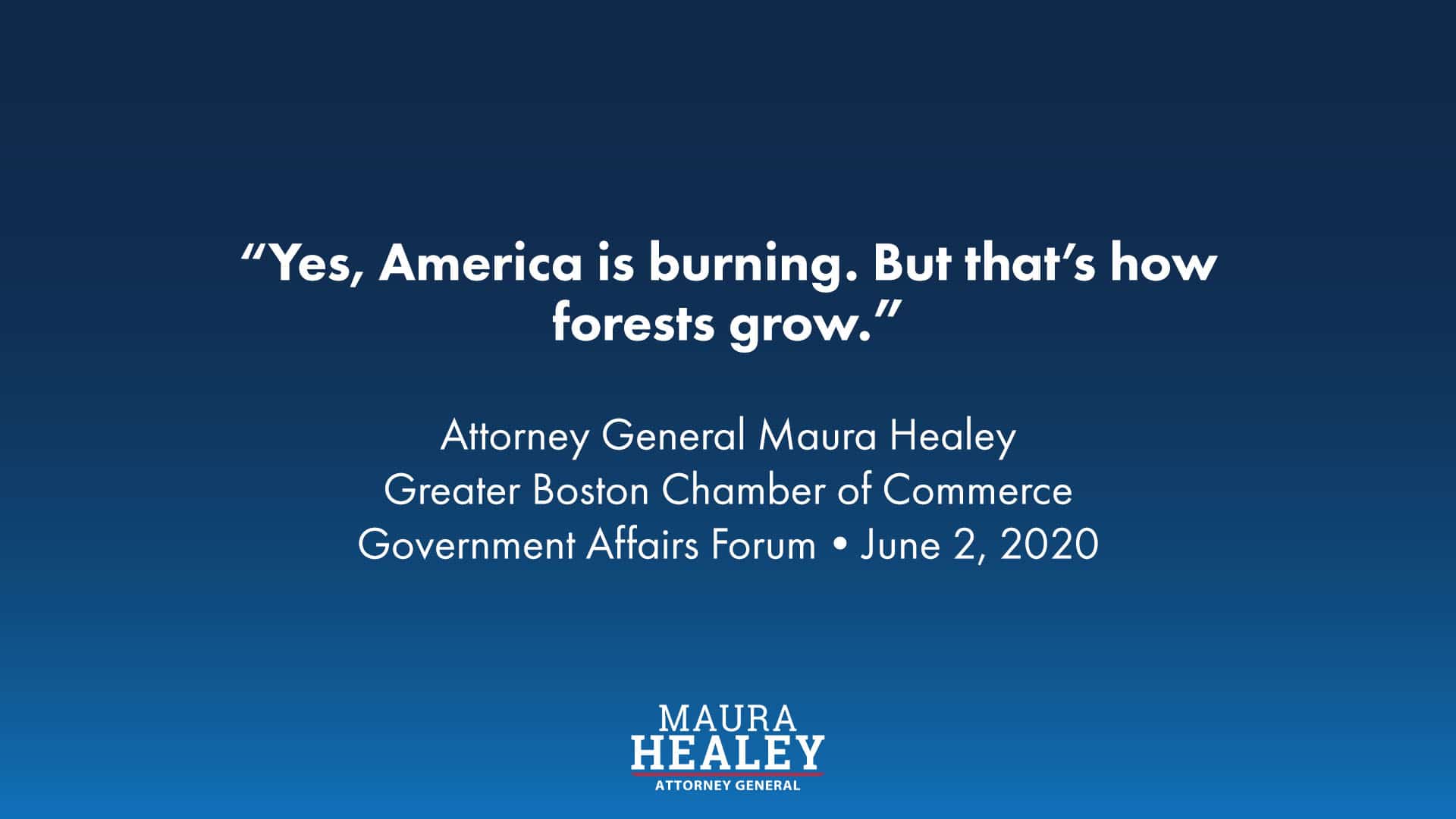 Lyons also took aim at Healey’s statements following a Wisconsin jury’s acquittal of Kyle Rittenhouse this past fall, in which her first reaction was to smear Rittenhouse as “the face of hate in America — unrepentant, privileged, and violent.”

“Again, the state’s top law enforcement official chose to side with the mob over the rule of law, which sadly has been a recurring theme during her time as attorney general,” Lyons said.

Lyons also pointed out Healey’s penchant for filing an endless flurry of lawsuits targeting former President Donald J. Trump, all while willfully ignoring political corruption in Massachusetts being actively carried out by her Democrat colleagues.

“There hasn’t been a single prominent Massachusetts Democrat who has come under investigation by her office, despite so many indictments at the federal level,” Lyons said. “Investigators have been sending her rock-solid evidence of illegal campaign finance activity by Democrats her entire time as AG, and she didn’t prosecute a single case.

“In her end-of-year fundraising pitch, she promised to bring ‘fundamental change’ to Massachusetts, and today I saw that she’s telling voters to ‘have a look at my record,’ — they have, and it would spell disaster for Massachusetts residents if Maura Healey is governor.”