“This is only the beginning, and Republicans in this corner of Massachusetts showed up in big numbers,” Lyons said about Sunday afternoon’s enthusiastic pro free speech standout along the busy Route 28 Bourne Rotary. “The response was positive, and it was heartening to see that people still believe in the American ideal of free speech.” 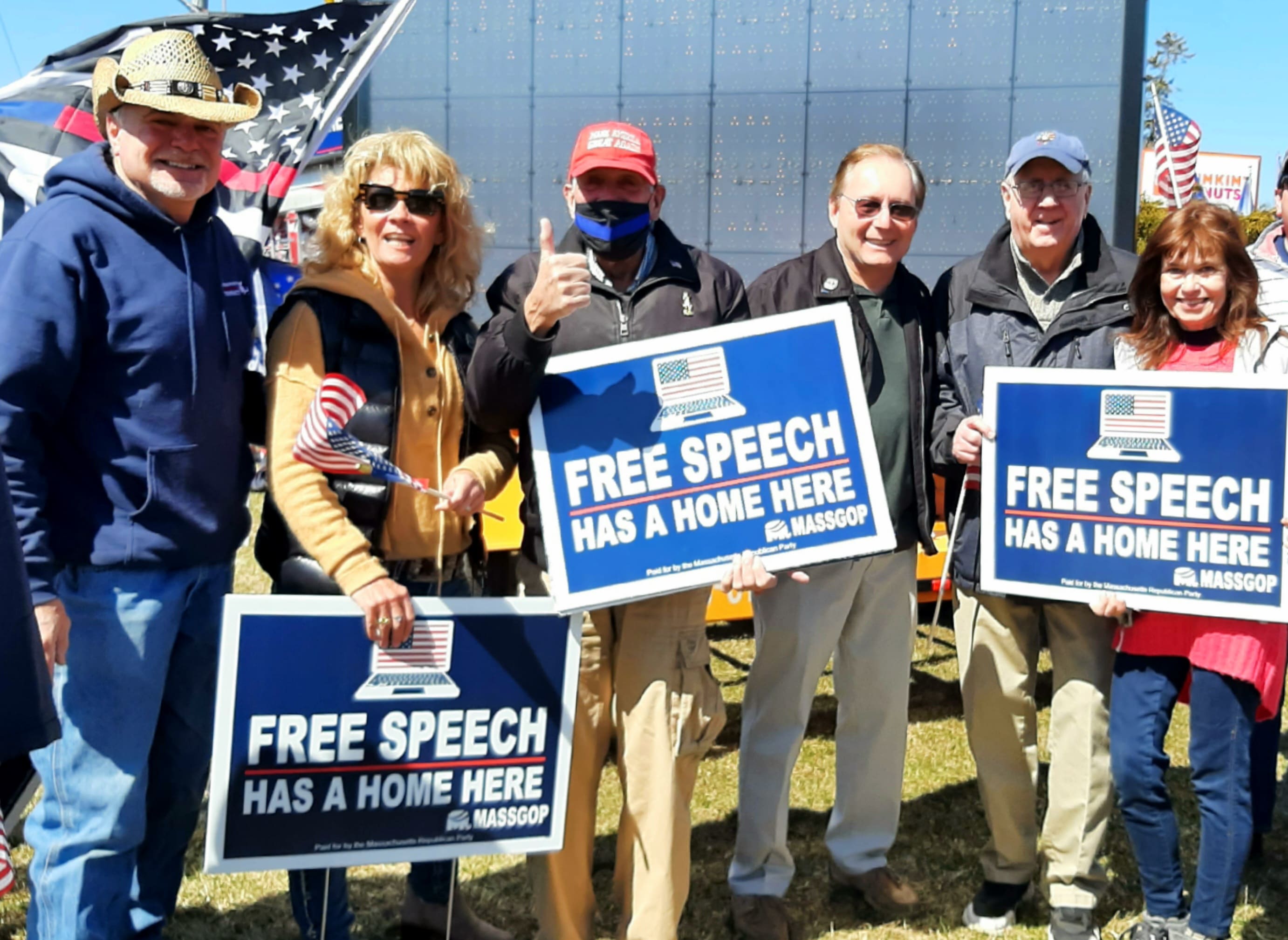 Sunday’s event was organized with the help of United Cape Patriots, a pro-Constitution organization founded by Brewster Republican Adam Lange.

Lange said several eye-opening incidents involving censorship of the online public square, the spread of a toxic “cancel culture,” and the technology industry’s practice of censoring valid news reports that may harm preferred political candidates led him and others to “do something.”

In January, the Republican State Committee voted overwhelmingly to pass a resolution recognizing First Amendment rights and denouncing all forms of censorship. The resolution, introduced by Fleitman, marked the first of its kind. Sunday’s event marked the beginning of a series of standouts.

“We just couldn’t sit back and watch all of this censorship and silencing of different political opinions happen while we do nothing,” Lange said. “The objective here is to raise awareness and hopefully get Congress to act to preserve and defend our First Amendment rights.

“The effort that people put in with their various signage was amazing, and shows that this group is committed and this movement will only grow larger and larger.”