MassGOP Chairman Jim Lyons: “This is a slate of candidates capable of vetting judgeships and ending the practice of rubber-stamping nominees that has long plagued this governing body”

WOBURN — Massachusetts Republican Party Chairman Jim Lyons said Monday that the five GOP candidates for Governor’s Council, the body tasked with approving candidates for judgeships nominated by the governor, are intent on bringing transparency and accountability to the job if elected next Tuesday.

“Our Republican candidates aren’t running to join the Governor’s Council so they can serve as rubber stamps for judicial nominees,” Lyons said. “These five candidates are running to put an end to that practice.”

According to the state’s website, “the Governor’s Council provides advice and consent on gubernatorial appointments, pardons and commutations, and warrants for the state treasury.”

The 8-person committee has historically been dominated by Democrats. A recent Massachusetts Lawyers Weekly report includes candidate profiles and a rundown of several controversial hearings, including one involving a candidate for judgeship in which a vote was held 45 minutes before the meeting’s announced start time.

Below is more information about the five Republican candidates, including their hometowns.

Michael Walsh is not campaigning as an ideologue, rather, what he’s looking to bring to the Governor’s Council is common sense. He told Lawyer’s Weekly he wants the council to return to the business of approving financial warrants related to state spending and reconnect the governing body with the state auditor’s office. He thinks the Governor’s Council has been shirking its responsibility as a fiscal watchdog over state spending in addition to adhering to the rule of law. 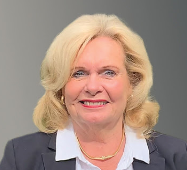 Teddy MacNeal is a retired elementary school teacher, having worked for more than 35 years in the Boston Public Schools system. She is challenging a 30-year incumbent and is giving voters an option besides the status quo. MacNeal, who once campaigned for President Ronald Reagan, is a proud Republican who wants to bring blind justice back to the court room. 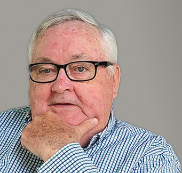 John Comerford decided to run for Governor’s Council after he read about how Newton District Court judge coached an illegal immigrant facing out-of-state drug charges on how to exit the building’s back door in order to evade a detainer issued by U.S. Immigration and Customs Enforcement, which had assigned officers to wait for him in the courthouse lobby. He is a U.S. Army veteran who has worked as a welfare fraud investigator. John and his Democratic opponent are running for an open seat.

Dashe Videira is an entrepreneur, wife, and mother of four children. She has forged a career as an administrator in human capital management, specifically in

recruiting and job placement and currently serves on the Bay State Educational Alliance board of directors. Dashe is an advocate for mental health programs and understands the role Governors Council members play in reigning in career criminals and habitual offenders.

Gary Galonek has served on the Sturbridge Board of Appeals and the Tantasqua Regional School Committee for two terms. He’s looking to return a Republican back to the Seventh District seat and told Lawyer’s Weekly he’s tracked favorable comments regarding crime victims/law enforcement and convicted criminals/alleged offenders over the last 25-30 Governor’s Council hearings and discovered his Democratic opponent has never once made a favorable comment regarding either victims or law enforcement officers. Gary is looking to bring more transparency to the council.