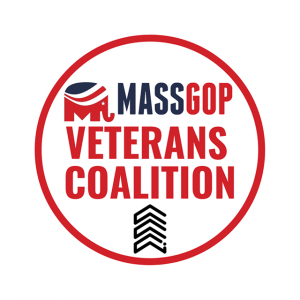 WOBURN — The Massachusetts Republican Party announced on Tuesday the launch of the MassGOP Veterans Coalition, an outreach organization that founder John MacDonald said is geared towards providing Massachusetts veterans with a Republican-based platform.

“As a veterans advocate, for years I have spoken with my fellow veterans who have expressed aggravation with politicians and often misguided policies that effect veterans’ benefits,” said MacDonald. “This coalition will be a way for those who served to get involved, specifically, a vehicle with which veterans can find and recruit fellow veterans to run for public office.”

MacDonald, who served during Operation Desert Storm, added that the coalition “will be an opportunity for veterans to organize and harness their energies to protect our state and country from the socialist influences of far-left Democrats.” “Signing up veterans and making themselves known to the MassGOP is the key,” said MacDonald. “Organizing ourselves by district and putting ourselves to work to create more opportunities for outreach will be critical to our success.”

“I’m not only looking forward to seeing more Massachusetts veterans get involved with the MassGOP, but what they can create for themselves if provided with the right tools for outreach and organizing,” said Lyons. “The MassGOP can be that connection for veterans looking to have a stake in policymaking.”

“I see the MassGOP Veterans Coalition as a broad coalition of veteran activists and a bullpen for future political candidates. Sharing information, better communication, producing veteran legislation, fighting against bad legislation and organizing veterans into a coalition will have a profound positive impact of local, state and federal elections.”